How to Elven Ruins base

Recently I built Elven ruins bases for the High Elf Prince on Griffon I painted. Here’s how I did it:

1. The first step is to create the rocks and pieces of ruins from Sculpey. I used a Woodland Scenics rock mold to create the rocks by pressing Sculpey into parts of them, squishing it in until the part of the Sculpey not in the rock is pretty flat, and then bending the mold to peel out the newly formed rock. I also created a couple small Sculpey “bricks.” Then bake! 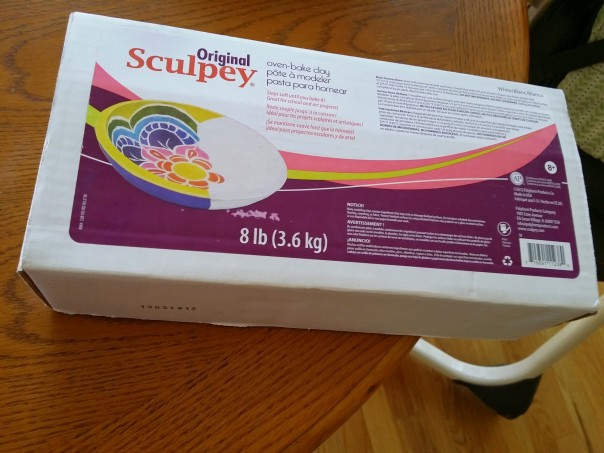 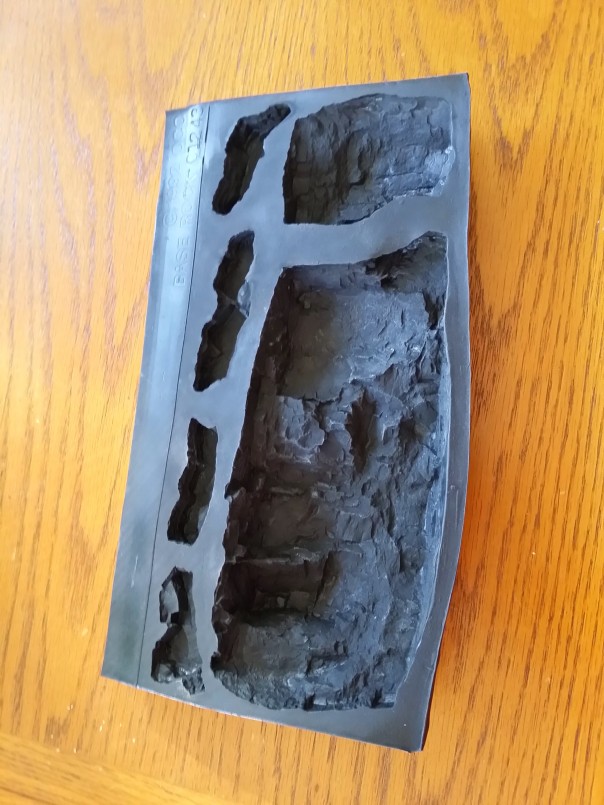 2. Next, I carved the Sculpey “bricks” into weathered stone with a craft knife.

3. The next step is to arrange the stones on the base and glue them on. 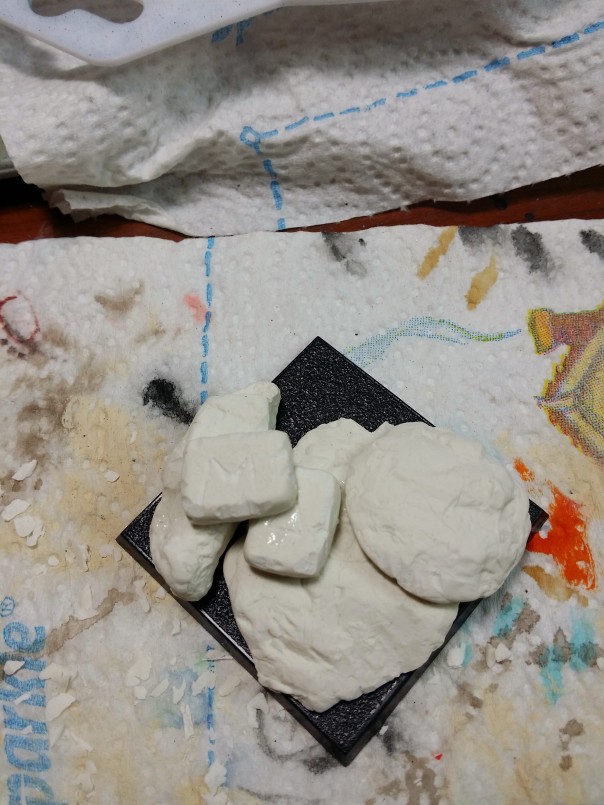 4. Then, I put Vallejo Red Oxide Paste (still love this stuff, although I could do without the red color) in the crevices and around edges. I also put various sizes of Woodland Scenics ballast on areas of the base. Weathered ruins and rocks are certainly accompanied by smaller rocks!

5. Prime the base! I used Vallejo Black Surface Primer.

6. Now for the fun part – painting! First, I coated the base in VGC Goblin Green.

7. Next I added some stone colors – RMS Bone Shadow then RMS Cloudy Grey.

8. Next I used RMS Linen White on the ruins.

9. Then I used RMS Golden Shadow for more variation in color.

11. Next, drybrush the base with the colors used previously, as appropriate. 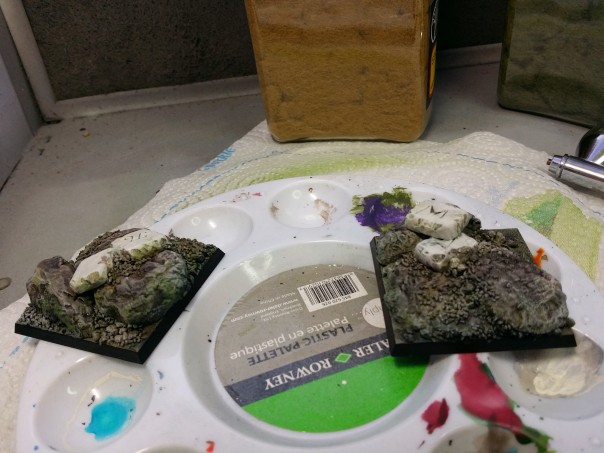 12. The next step is to put in the flight stand. I started the hole with a pin vice, and then finished it with the craft knife since the pin vice couldn’t make a hole big enough.

13. The last step was to use Vallejo Matte Medium to attach Woodland Scenics flock and Secret Weapon leaves.

Here is another High Elf Prince on Griffon that I painted, and it is now for sale!

Soon I will get a chance to update my For Sale! page and he will be on it. Also, I will post about how I made his base.